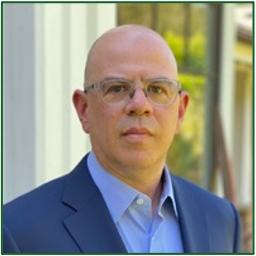 Dr. Cameron Gray serves as Senior Investment Banker at Paulson Investment Company, LLC. Prior to his current position, he founded Alcedo Capital in 2019 and served as Chief Executive Officer. Prior to that, he served as CEO for Cue Biopharma, a clinical-stage biopharmaceutical company engineering a new class of injectable biologics to transform the treatment of cancer, infectious disease, and autoimmune disease. Over the course of his career he has also served as the Managing Director at MDB Capital Group, CEO and a member of the board of directors of Endeavor IP, Inc., an intellectual property services and patent licensing company, and Senior Vice President at ICAP Patent Brokerage, LLC, where he managed its life sciences and Asia Pacific businesses. 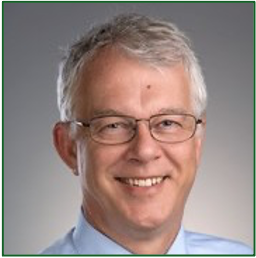 Dr. Peter Kiener has over 30 years experience in drug development at both Biopharma and Biotech companies. He has extensive experience in both biologics and immunotherapy. He was most recently the Chief Scientific Officer at Sucampo, which was acquired by Mallinckrodt in February 2018 for approximately $1.2 billion. Prior to Sucampo, he served as Chief Scientific Officer of Ambrx Inc., a clinical-stage biopharmaceutical company focused on the development of antibody-drug conjugates (ADCs) that was acquired by a consortium led by Fosun Pharmaceutical Group in 2015. Prior to Ambrx, Dr. Kiener was President and Co-founder of Zyngenia Inc., an early-stage biopharmaceutical company. He also held leadership roles at MedImmune LLC, the global biologics arm of AstraZeneca, including Executive Vice President and Global Head of Biologics Research and Development, Senior Vice President and Head of Global Research, and Vice President of Research. He also worked on biologics for Bristol-Myers Squibb prior to his work at MedImmune. During Dr. Kiener’s more than 20 years as pharmaceutical executive, he has played a significant role in moving various programs through all aspects of drug development, including discovery, regulatory approval, and post marketing. He has also been substantially involved in the execution of multiple deal types, including private placements, IPO, M&A, strategic partnerships, and licensing deals. He has published more than 120 papers in peer-reviewed journals and is an inventor on more than 40 patents and patent applications.

Dr. Kiener also currently serves on the board of directors of  the NASDAQ-listed Cue Biopharma and Pieris and as a member of board of directors of  the private companies Wugen and Resolve Therapeutics. Previously, has served on the scientific advisory boards of KAI Pharmaceuticals Inc., Genocea Biosciences Inc., NKT Therapeutics Inc. and VLST Corporation and as a member of the Board of Directors of Tetragenetics, Cereius, Receptor BioLogix Inc., Synovex Corporation and Virdante Pharmaceuticals Inc. 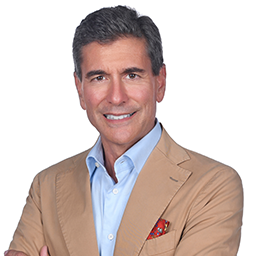 Dr. Anthony Japour has over 30 years of experience as a physician and as a biotechnology and pharmaceutical executive. He began his career as an MD, trained at Harvard Medical School with subspecialty training in Infectious Diseases, where he became an Assistant Professor of Medicine and was awarded the prestigious American Foundation for AIDS Scholar award, followed by research grants from the Pediatric AIDS Foundation, a NIH-NIAID K-11 Physician Scientist Award and NIH RO1.

Dr. Japour, holds a B.S. from the University of Michigan, Ann Arbor and an M.D. from Northwestern University Medical School.

Our Technology
Our Pipeline
We use cookies on our website to give you the most relevant experience by remembering your preferences and repeat visits. By clicking “Accept All”, you consent to the use of ALL the cookies. However, you may visit "Cookie Settings" to provide a controlled consent.
Cookie SettingsAccept All
Manage consent

This website uses cookies to improve your experience while you navigate through the website. Out of these, the cookies that are categorized as necessary are stored on your browser as they are essential for the working of basic functionalities of the website. We also use third-party cookies that help us analyze and understand how you use this website. These cookies will be stored in your browser only with your consent. You also have the option to opt-out of these cookies. But opting out of some of these cookies may affect your browsing experience.
Necessary Always Enabled
Necessary cookies are absolutely essential for the website to function properly. These cookies ensure basic functionalities and security features of the website, anonymously.
Functional
Functional cookies help to perform certain functionalities like sharing the content of the website on social media platforms, collect feedbacks, and other third-party features.
Performance
Performance cookies are used to understand and analyze the key performance indexes of the website which helps in delivering a better user experience for the visitors.
Analytics
Analytical cookies are used to understand how visitors interact with the website. These cookies help provide information on metrics the number of visitors, bounce rate, traffic source, etc.
Advertisement
Advertisement cookies are used to provide visitors with relevant ads and marketing campaigns. These cookies track visitors across websites and collect information to provide customized ads.
Others
Other uncategorized cookies are those that are being analyzed and have not been classified into a category as yet.
SAVE & ACCEPT